Well, another new (actually 2) iPads are here for 2020.  The new iPad Air and the new iPad 8th generation. With the new iPad Air becoming the smaller version of the iPad pro with a screen.  Of course, both new iPads come with new processors.

First, are you in the market for a new iPad?  How old is your iPad? Is it several years old?  Apple has figured out that an iPad does not need to be updated every year so there are no big changes in 2020.  It is quite obvious that if you bought a new iPad last year (7th generation or iPad Air ) then you have no real reason to update this year. The biggest change is that the iPad air now is similar to the 11″ iPad Pro and the 2020 iPad is similar to last year’s iPad Air. For homeschoolers, there does not seem to be any reason the get the smaller Pro.  Here are the new 2020 iPads. 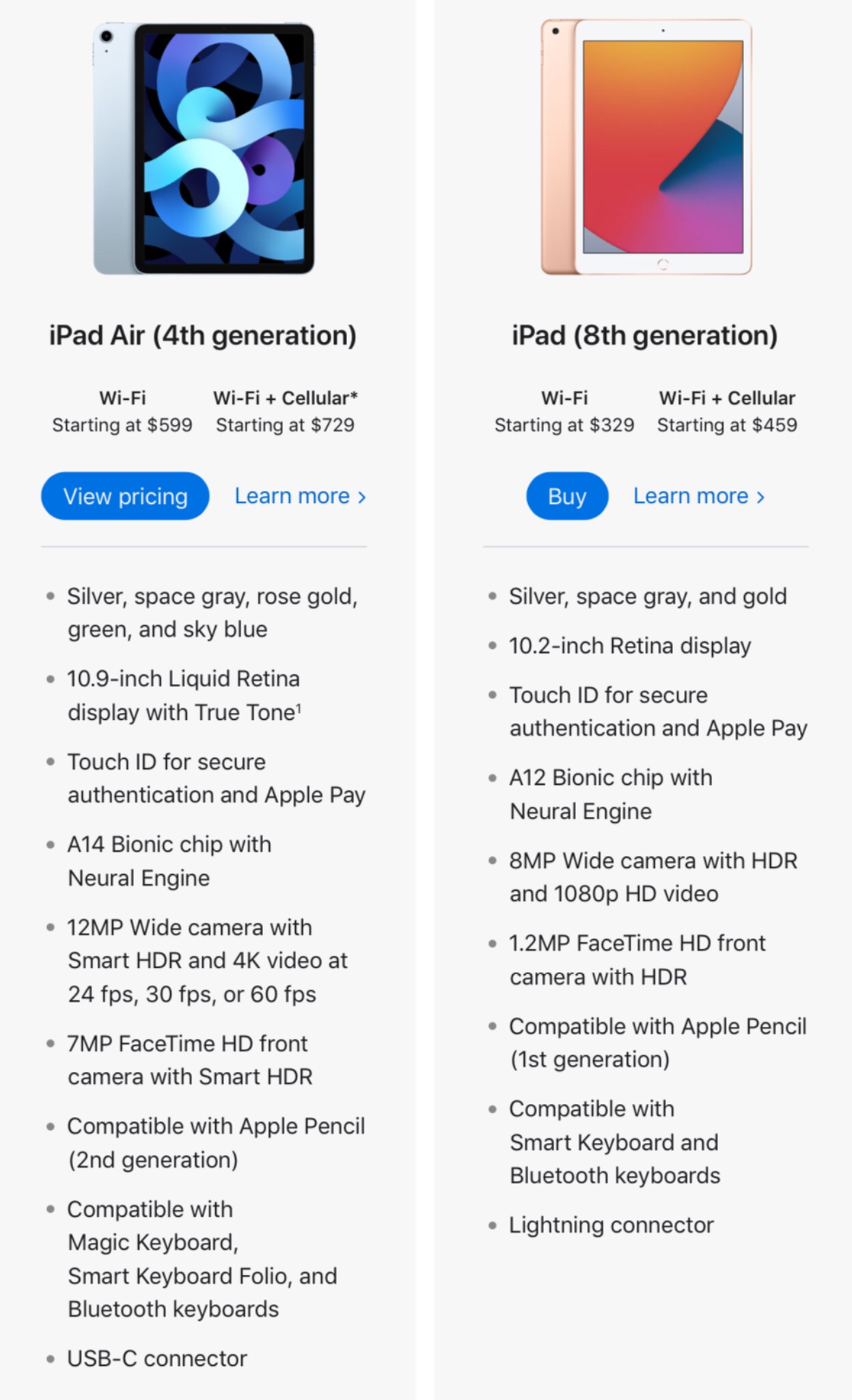 The biggest advantage to the 2020 iPad Air might be the USB C port. This could possibly allow storage options like USB C hard drives. You would also need a new Apple Pencil and keyboard. For most cost conscience homeschoolers the 2020 iPad Air price is not worth it. I would recommend the 2020 iPad or if you see a good deal on last year’s iPad Air that would also be a good option but only if it’s less than the $329 2020 iPad or has more memory.

Here is a comparison of the new 2020 iPad with last year’s iPad Air. 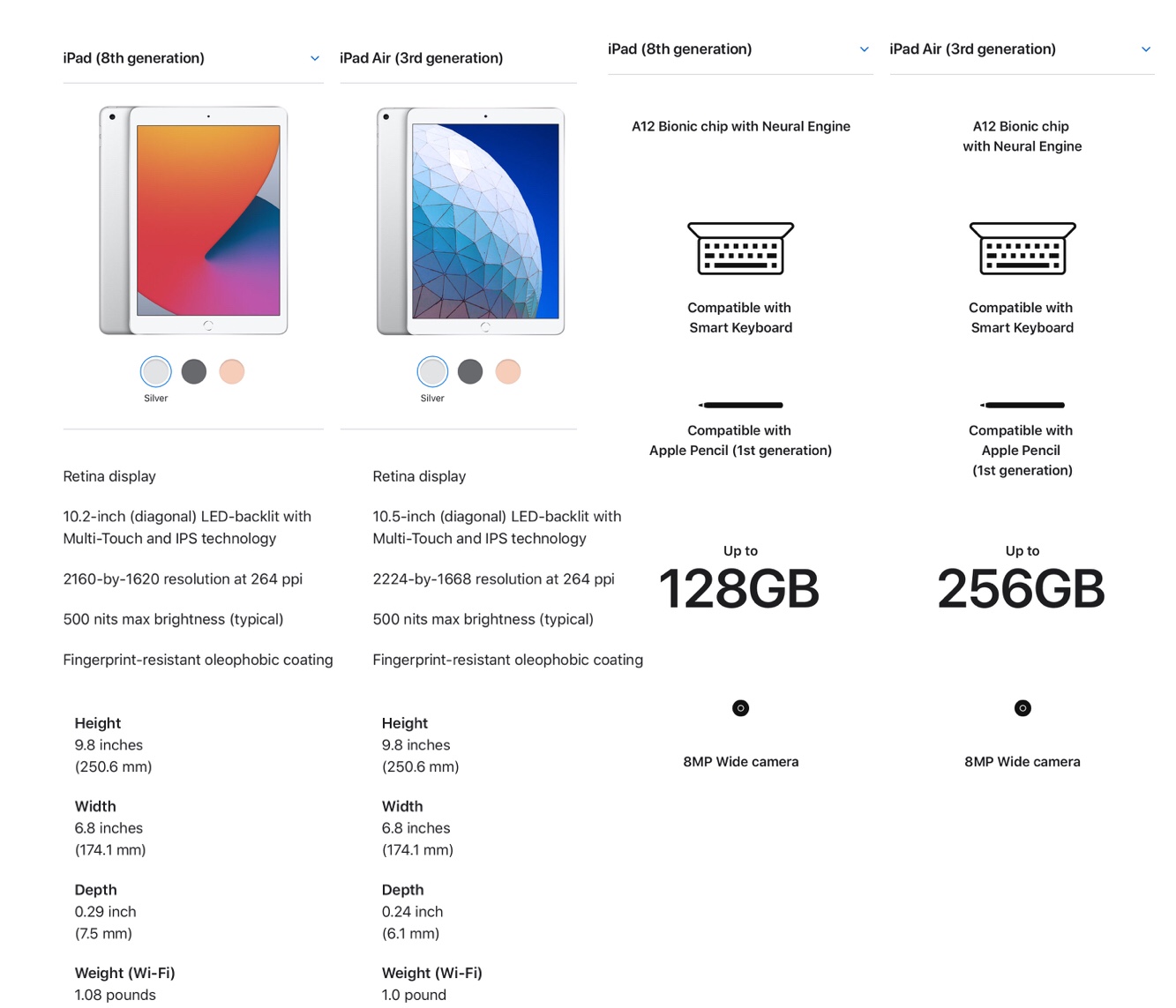 So there you have it. This year you can basically get last year’s iPad Air for only $329.

What do you think? Which iPad will you buy? If I were you I would watch apples refurbished iPad Air from last year here if you can get one with more memory at around $329.

Here are the two I would recommend.