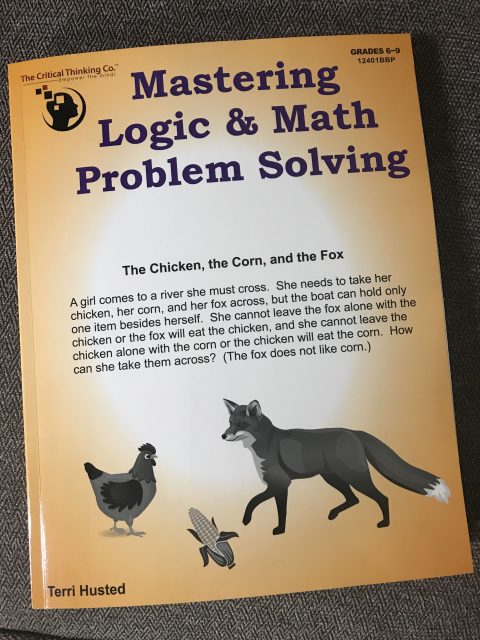 The Mastering Logic & Math Problem Solving book has ten chapters that each cover a different type of Logic/math problem.  For example, there is a chapter on solving Geometry Word problems, and of course, there are chapters for Algebra Word problems.  Thankfully the answers are also in the back so you will not be left wondering what’s the right answer.  The introduction of the book and the beginning of each chapter have hints for solving a particular type of problem.  In the picture below you can see the flowchart suggested. 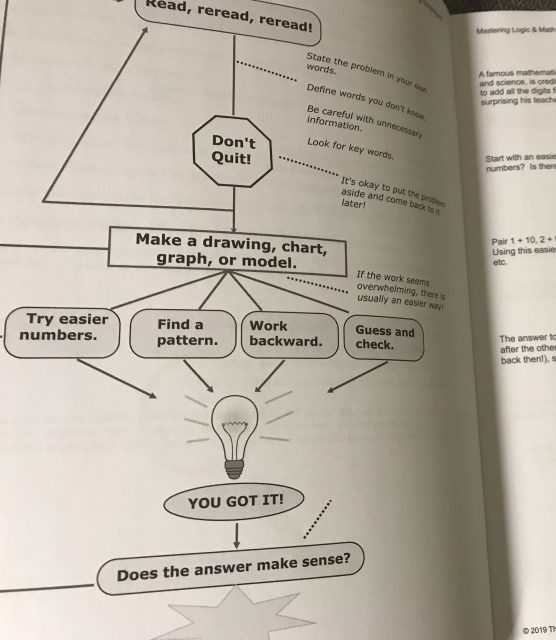 Master Logic and Math problems?  How about enjoying Math word problems?  That’s exactly what the book is for.  The book says the goal is to “have students approach all types of problems with a sense of fun anticipation and confidence.” The book has general problem-solving strategies, a flow chart, and tips for all the different types of problems.  I thought that there were a good number of examples to follow.  I always like examples and I thought the Mastering Logic & Math Problem Solving book had just the right amount of example problems.

I let my son pick out what problems he thought looked interesting and then I gave him some that corresponded with his math level.  He really likes puzzles so he really enjoyed the book. You can see in the picture below one of the problems he worked out.  As you can see many of the problems have a diagram to help you draw out the problem 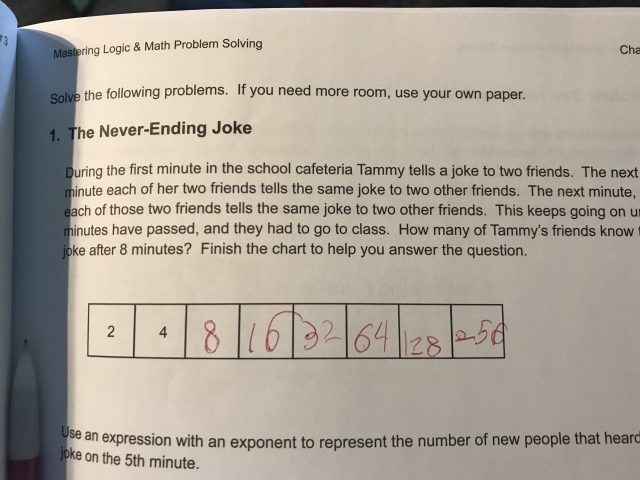 Here is another example of how the book leads you through an algebra story problem. You can see how it makes it easier to figure out using the provided table to fill in. I would definitely recommend it for your child if they are having problems figuring out Algebra story problems. 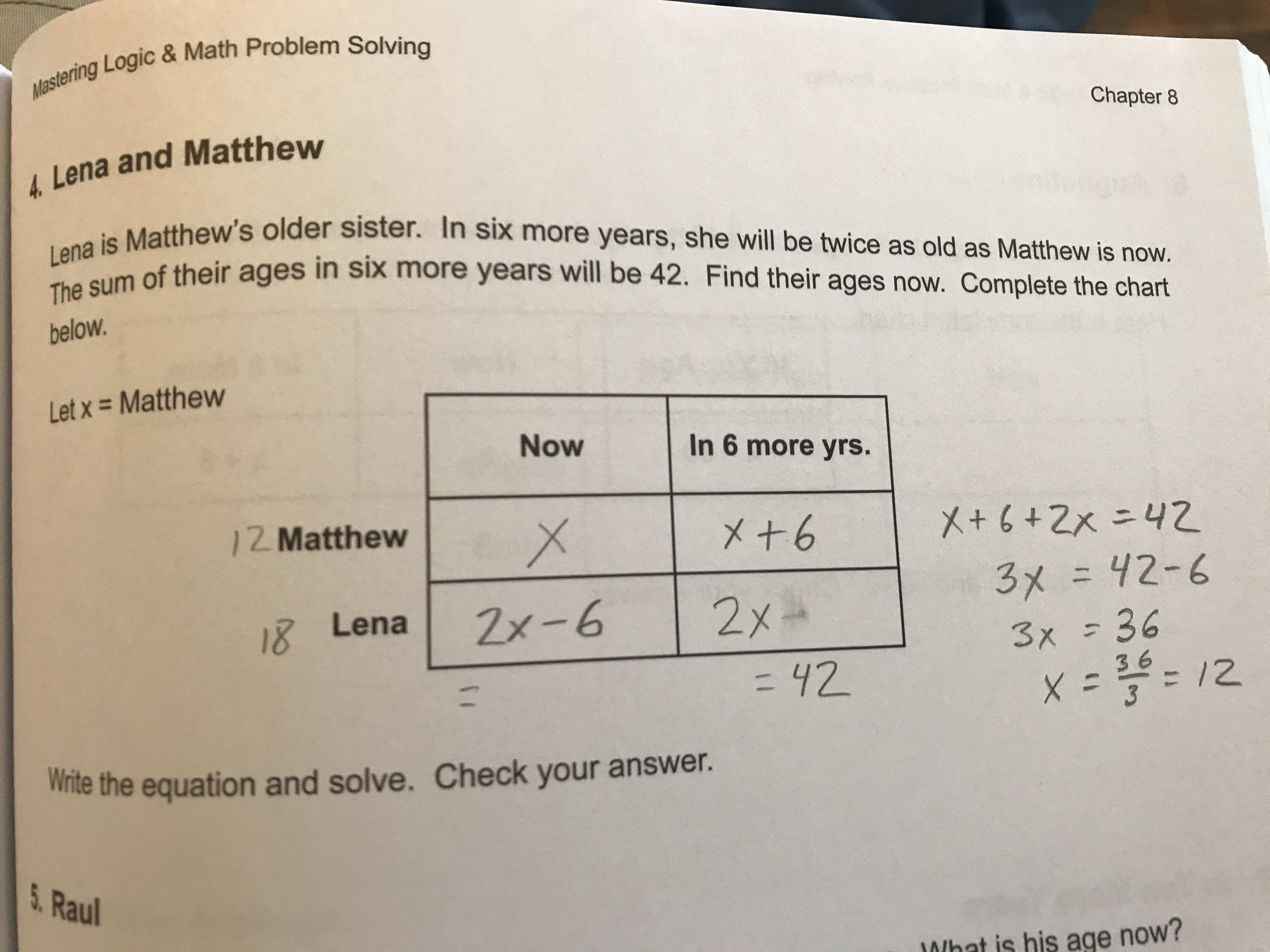 My problem-solving boys loved just picking up the book and trying their hand at different problems. Even my 18 year old would try some of the problems.  My boys really enjoyed the different problems.  I would suggest making sure the problems are at their level and that they don’t cheat and look at the answers in the back before they try it.  The book says grades 6 -9 and I would agree however even higher level high schoolers will enjoy the challenges.  I would recommend Mastering Logic & Math Problem Solving if you have a junior high or high schooler who is not thrilled with word problems as a supplement to your math curriculum.  I would also recommend it if your child enjoys solving problems!

We used Mastering Logic & Math Problem Solving, but other families used various books from The Critical Thinking Co.™ so be sure to visit the Homeschool Review Crew to read more views.

I had the opportunity to review several apps.  Most of the apps I reviewed, 3rd Grade Math, 4th Grade Math, 6th Grade Math, were similar but just for different grade levels.  The other app I reviewed was the Times Tables Balloon Pop app about multiplication. 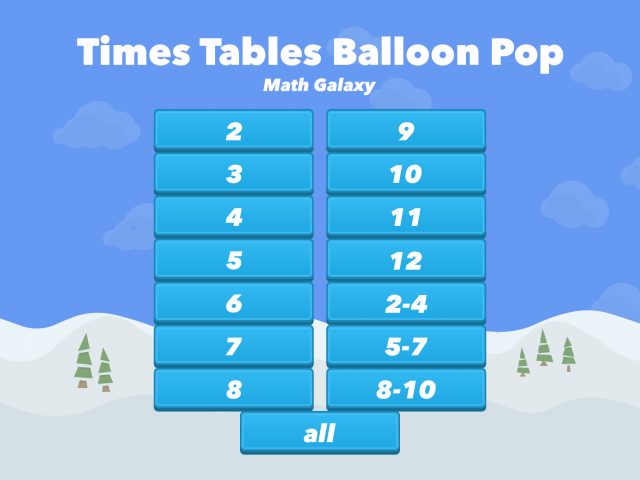 The Times Tables Balloon Pop app starts out with you first select the Times table you would like to work on.  Then the app is a simple app that displays a multiplication fact with several balloons with numbers on it.  When you tap on the right answer the balloon pops and another multiplication question comes up.  This was a fun way for my children to practice multiplication facts. 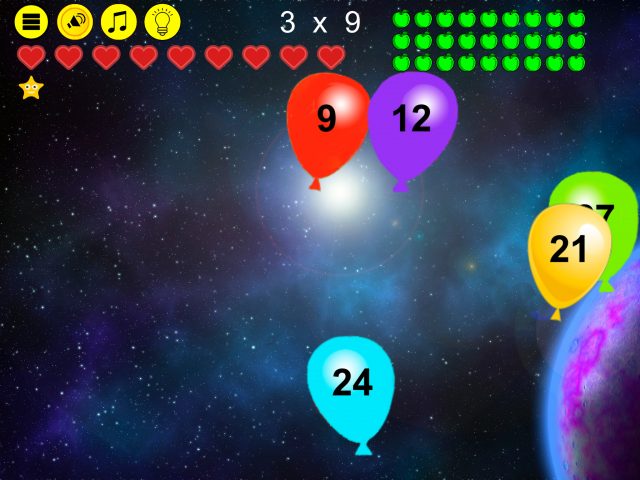 The other Apps I reviewed were comprehensive math apps that were 3rd Grade Math, 4th Grade Math, 6th Grade Math.  The apps are pretty much the same except the concepts are more difficult for the higher grades. The 6th Grade Math app only has one game but that’s understandable since its for older kids.  I was pleasantly surprised by my son picking up the app and playing it on his own without my prompting.  Many times, I like to download an app and see how long it is before they start using it. 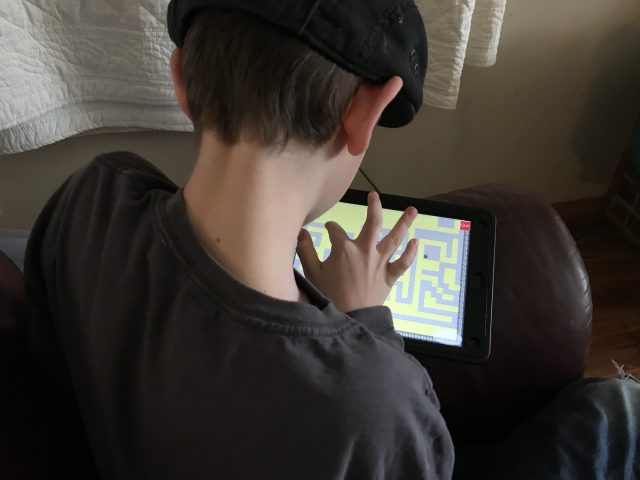 His favorite game to play was the Labyrinth game.  I suspect this is since he really likes mazes.  To play the game you must earn a robot by working on other math facts. 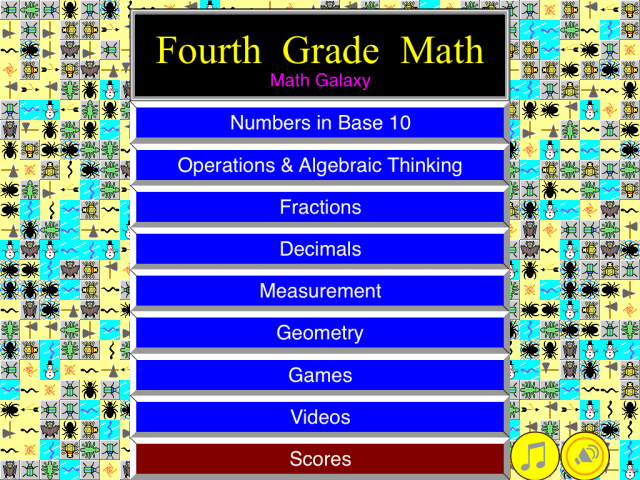 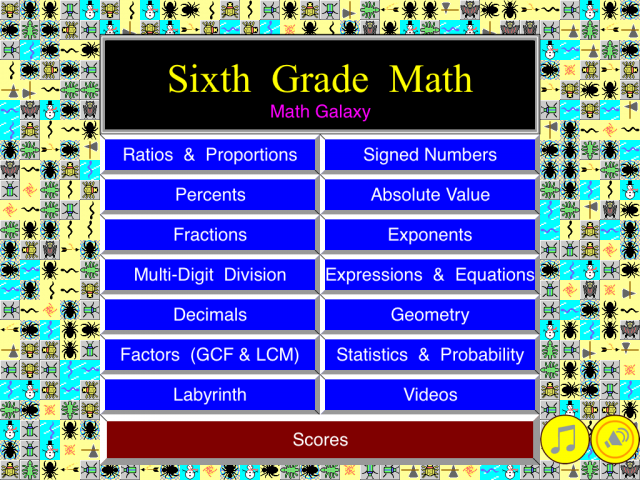 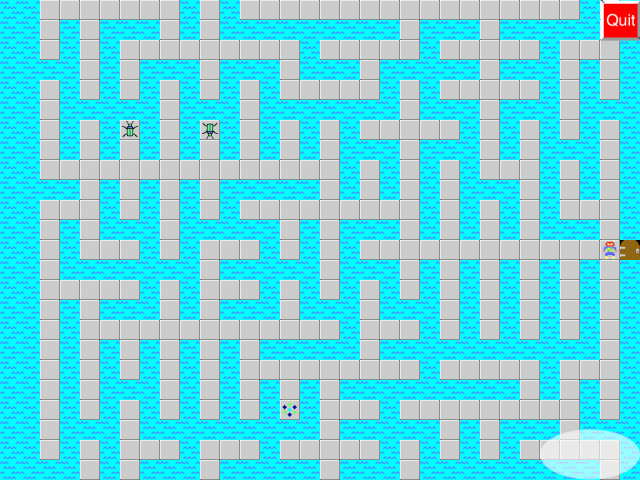 Even though my son hasn’t worked a lot on fractions, he really liked the game for fraction addition. 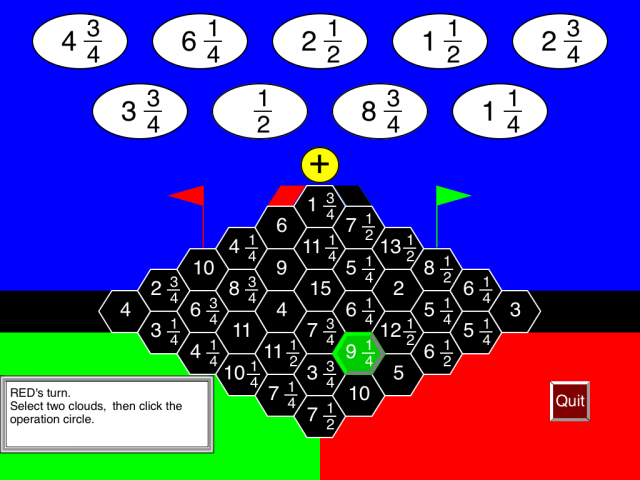 Along with interactive games, there are also videos 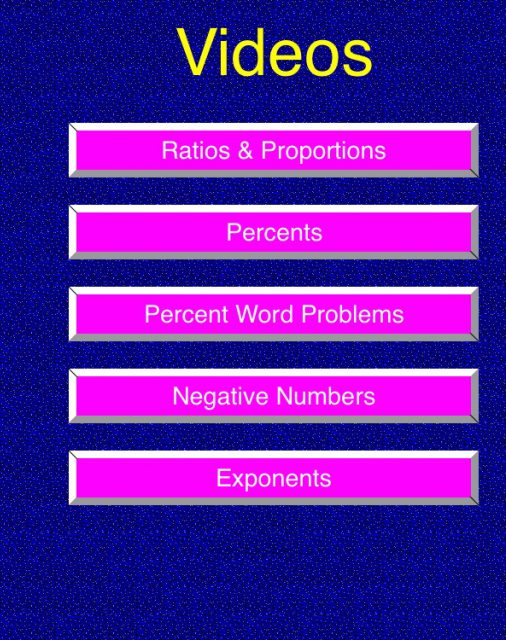 Lastly you can even save your progress. 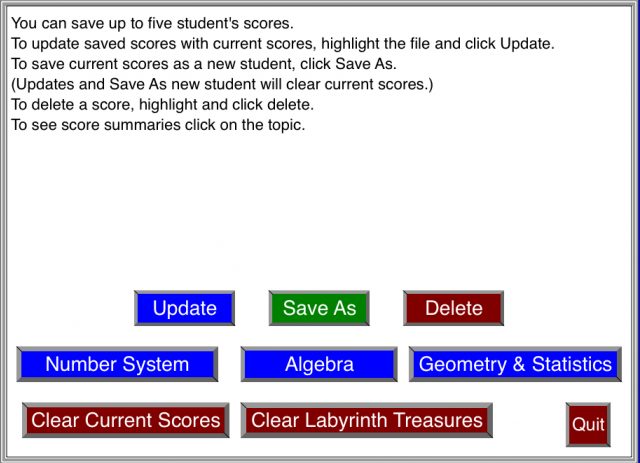 We were also provided ebooks which provided riddles that you solve by answering all the math problems.  I received Whole Numbers, Fractions, Decimals, Proportions, Percents, and Algebra ebooks. 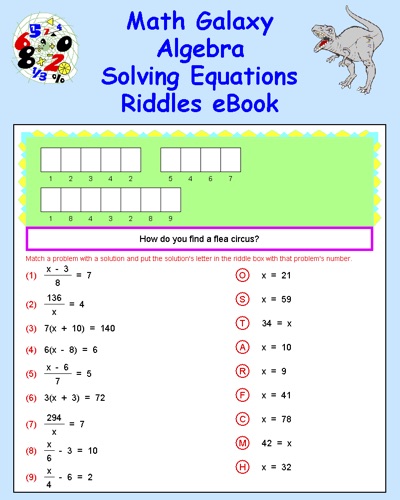 The ebooks provide plenty of fun practice for all the math problems.  The solutions are well worked out like the Fraction addition shown below. 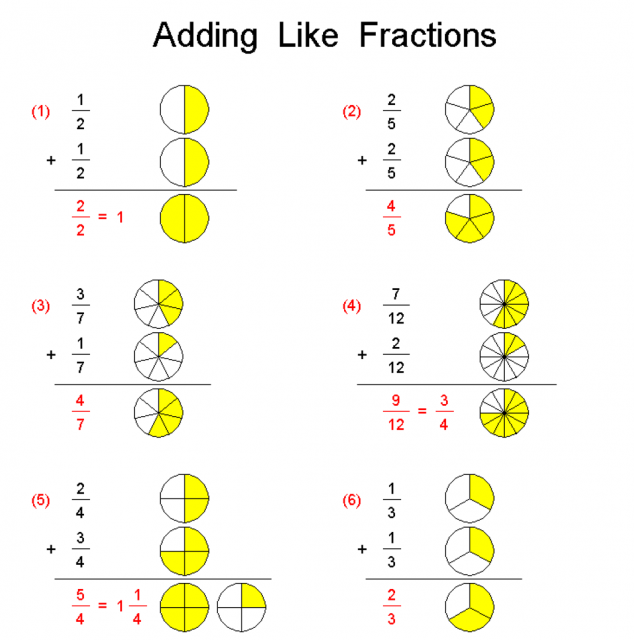 Overall my son really enjoyed the apps and I found him numerous times playing them for fun.  The ebooks provide a great supplement for any math program you use for your homeschool.

Please click on the picture below to see other reviews form Homeschool Review Crew members.